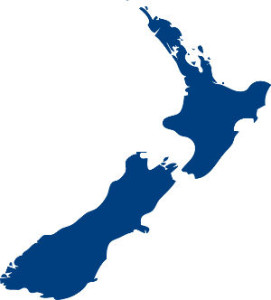 The New Zealand law of blasphemous libel is a codification of English common law. Section 123 of the New Zealand Crimes Act 1961 allows for a crime of Blasphemous Libel but does not define the crime, or specify which religion or denomination it protects, leaving this to the courts. Because of a lack of cases, New Zealand courts have provided no clarification.

As the New Zealand law of Blasphemous Libel is based on English Common Law that protects only the established church, the Church of England, there is an assumption that English Common Law would guide the New Zealand courts on this law. But, unlike England and Wales, New Zealand has never had an established church to be protected by section 123. It is thus questionable that section 123 protects the beliefs of any religion or denomination as the central tenets of any one religion or denomination may be blasphemous to another.

In more than 120 years since the introduction of the New Zealand law of Blasphemous Libel in 1893, only one charge has reached the courts.

In 1922 charges of Blasphemous Libel under Section 150 of the Crimes Act 1908 were laid against John Glover for publishing the 12th October 1921 issue of the Maoriland Worker. That issue included two poems by Siegfried Sassoon first published in 1918. The alleged blasphemy was the closing lines of the poem “Stand-to: Good Friday Morning”. The jury returned a verdict of not guilty. 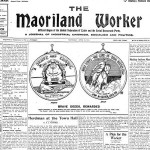 The publication in The Maoriland Worker did not cause a public outcry or response from religious groups. The decision to prosecute followed the purchase of a copy of the paper by just one person, a Constable Edward Tongue. The decision was questioned in public at the time as the poem was freely available before 1922 in other publications both in New Zealand and elsewhere where it had not attracted any concern or charges of blasphemous libel. Many thought that as the charge of blasphemous libel seemed so tenuous there were other motivations rather than concern about blasphemous libel behind the charge against John Glover. Many at the time were convinced that the motivation for the charge was political and that the law was being abused.

In court there was uncertainty and argument as to why the poem was blasphemous and if the offending word “bloody” was “decent language” or not.

For a more detailed discussion of the 1922 case see The Maoriland Worker and Blasphemy in New Zealand by Geoffrey Troughton.

There is no justification for the retention of a law that is so seldom used and has never been successfully used.